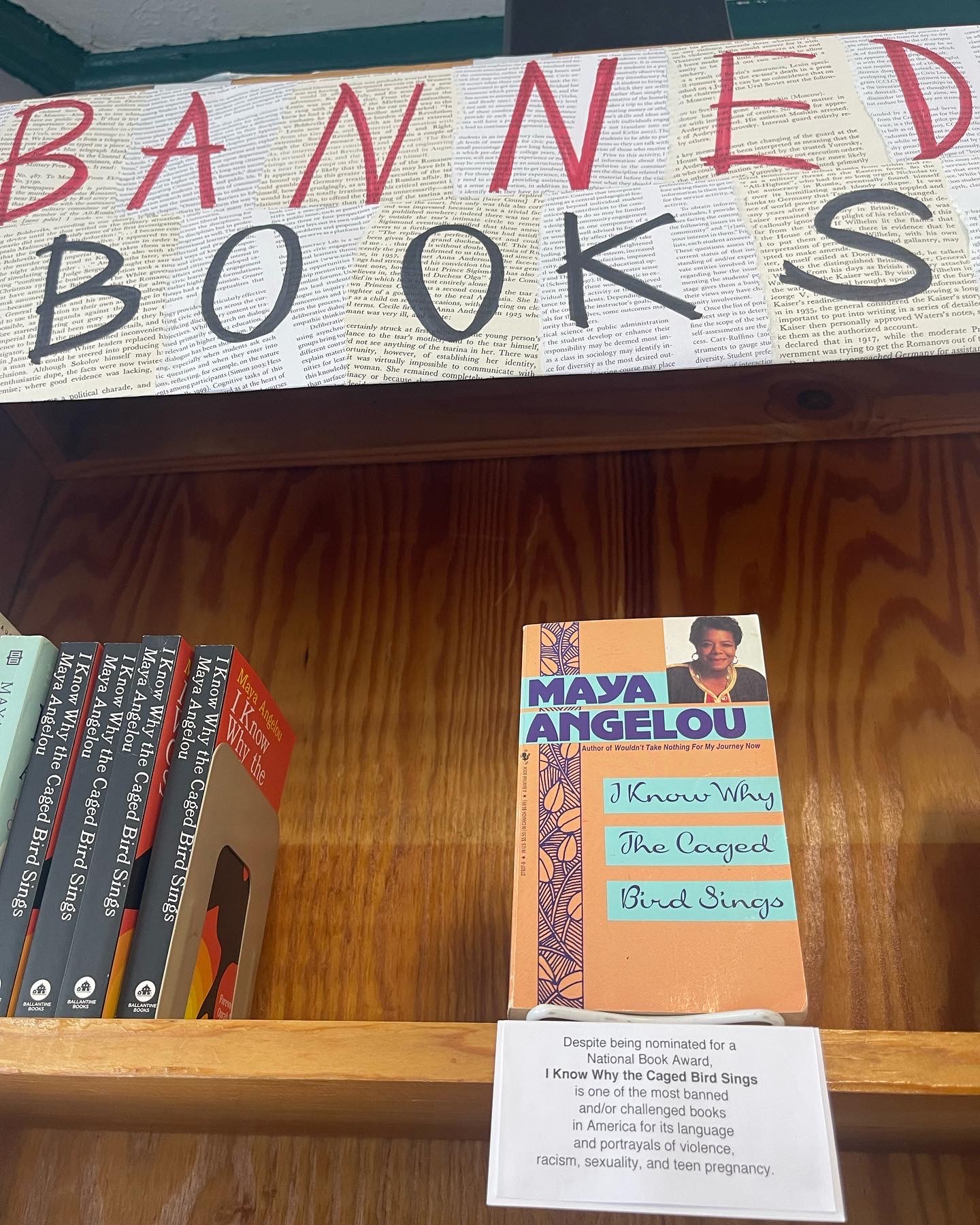 This week marks Banned Books Week around the country and in Atlanta some independent booksellers are recognizing the week by creating special spaces for books that are making the grade in Georgia.

Some of the most popular books known to man have been banned from school curriculums around the country. An annual event, Banned Books Week aims to bring those titles into the spotlight and make them readily available for customers, while libraries do the same for its visitors.

Throughout time there have always been bans on books and with the list growing of Black authors on the banned list The Atlanta Voice visited Atlanta Vintage Books to see what some of those books were. Classics such as I Know Why the Caged Bird Sings by Maya Angelou, The Amen Corner by James Baldwin, The Bluest Eye by Toni Morrison and Alice Walker’s Pulitzer Prize-winning novel The Color Purple, which debuted 40 years ago.

The Color Purple is allegedly banned because of Walker’s depictions of the main character, Celie, being abused and oppressed throughout the book. Angelou’s Caged Bird was added to the banned book list  for its “language and portrayal of violence, racism, sexuality, and teen pregnancy,” according to a card placed near the book at Atlanta Vintage Books.

Banned Books Week is co-sponsored by organizations directly associated with reading and learning, such as the American Library Association, American Booksellers for Free Expression, Amnesty International USA, American Society of Journalists and Authors, PEN America and the Comic Book Legal Defense Fund, to name a few.

“A lot of books are being banned now and that is an attempt to not educate a whole generation on diversity,” said Atlanta Vintage Books co-owner Jan Bolgla who along with her husband Bob Roarty have owned the popular business for decades. “Censorship is not good and banning books isn’t diversity,” Bolgla said.

On a Sunday afternoon the customers inside the store were as diverse as one would expect in an ever-expanding Atlanta suburb. A Black mother and son thanked Bolgla and the staff for helping them find their books. An older white couple finished paying for their books and engaged in some small talk afterwards.

Both pairs of customers picked up copies of the Banned Books Week quiz and crossword near the front door.

Bolgla called the bookstore “a community center of knowledge” and she doesn’t believe any of the books should be banned in schools. One thing is for sure though, these books and others are not banned at Atlanta Vintage Books. There are several copies of The Color Purple and I Know Why The Caged Bird Sings ready for purchase.

Atlanta Vintage Books is located at 3660 Clairmont Road in Brookhaven.

The Future is Electric: But What Will it Look Like?

Black Voters Matter Speaks Out on Water Crisis in Jackson,...