By Catherine Pugh, Special to the AFRO Speaker of the House of Delegates of Maryland Adrienne Jones said “It is always a humbling experience to receive an award, but this […] The post Baltimore celebrates inaugural Emancipation Day Festival on grounds of former urban slave plantation appeared first on AFRO American Newspapers . 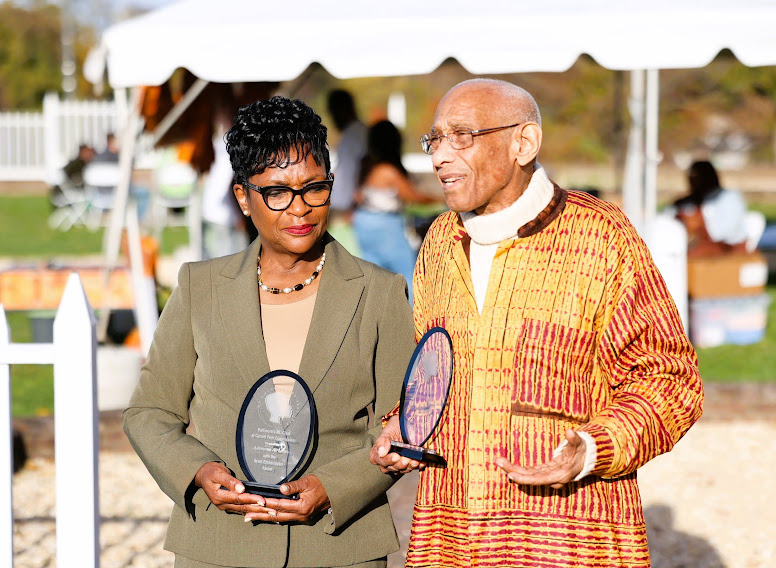 By Catherine Pugh,
Special to the AFRO

Speaker of the House of Delegates of Maryland Adrienne Jones said “It is always a humbling experience to receive an award, but this was special.”

The event was a collaboration between Baltimore’s Mount Clare at Carroll Park Commission and the National Center for the Improvisational Arts.

Professor Lynch, born 1932 in Trinidad,  received his award first and reminisced about his journey and understanding of Black history in America.

“I was my mother’s first child and had to be responsible for the symbolic image being presented to my siblings. I was put in school in Trinidad at three years of age. I was taught to take my teachings seriously and to engage in an exercise of knowing something you didn’t know yesterday.”

In the 1960’s he joined the Congress of Racial Equality (CORE) and traveled the world to understand Black Culture. A graduate of Howard University, Lynch went on to attend Harvard University.

Professor Lynch is considered a guru by students of African studies.

He spoke a little of his musical accomplishments, having traveled with the likes of Dizzy Gillespie and Max Roach. He has written several essays and authored “Nightmare Overhanging Darkly: Essays on Black Culture and Resistance.”

“I enjoyed hearing Professor Lynch,” said Speaker Jones.  “He reminded me of how far we have come.  I think about Maryland now, having the first Black Governor with Wes Moore, the first Black Attorney General in Anthony Brown and even the first woman Comptroller in Brooke Lierman, how far this state has come.”

“I look forward to the continued rise of African Americans, people of color and women in our state. We’ve come a long way since slavery and the emancipation of our people, and yet, we have so much further to go,” she said.

180 years ago, on Nov. 1, 1864, the New Constitution of the State of Maryland freed all slaves making Maryland among the earliest states to outlaw slavery within its boundaries. The State of Maryland officially acknowledged Nov. 1 as Emancipation Day in Maryland.

Tours of the mansion were given showing old documents depicting the existence of slavery in the area and our state.  The entertainment local, national, and international was robust featuring poets, singers, drummers and dancers.

Organizers of the event including, WEAA General Manager Robert Shahid, a host of the festivities, said among the goals of the celebration is  to establish Mount Clare Mansion and Baltimore’s Mount Clare at Carroll Park as a community resource for African American art and culture– nationally and internationally.

There was plenty of food, art, and entertainment along with the tours.

Dale Green, founder and co-chair of Baltimore’s Mount Clare at Carroll Park Commission put in a lot of work and none of the participants were is appointed.

It was truly a day of pride.

Help us Continue to tell OUR Story and join the AFRO family as a member –subscribers are now members!  Join here!

US opens second COVID boosters to 50 and up, others at ...

Seven Ways to Protect your Family From Exposure to Lead...