Dr. Andrew Hugine, Alabama A&M University’s president, says he has always wanted to work in education. His mother was a teacher, and, as an undergraduate at South Carolina State University, he majored in math education. He taught high school math for one year in Beaufort, South Carolina, after graduation before his alma mater came calling.

Dr. Andrew Hugine, Alabama A&M University’s president, says he has always wanted to work in education. His mother was a teacher, and, as an undergraduate at South Carolina State University, he majored in math education. He taught high school math for one year in Beaufort, South Carolina, after graduation before his alma mater came calling. 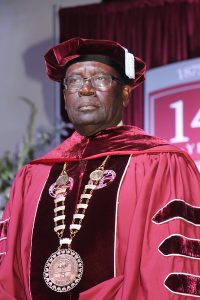 A student support position had opened and Dr. Oscar Butler, who had served as SCSU’s student government association (SGA) advisor while Hugine was SGA president, “went to bat” for Hugine, who had “basically no (professional) background whatsoever,” Hugine remembers.

“They took a chance on me, and that’s always been the part that impressed me — that they would take a chance on someone who, obviously if you look at the credentials of that person, was not qualified for the job,” Hugine says. “[But] I was eager, I wanted to do well, to learn higher education. … There’s a greater desire to prove yourself and not disappoint that person when you’re appointed to positions [because someone believed in you].”

Nearly half a century later, Hugine says his entire leadership philosophy is based on paying it forward.

“That has always impressed upon me the need to give others the opportunity, because someone took a chance on me,” he says. “They could very well have looked at the experience and my educational background, but they were looking and seeing something in a person that doesn’t always show up on paper. Throughout my career, I have tried to do the same.”

Since that first position as a student support director at South Carolina State University, Hugine served as a college math professor, assistant vice president for academic affairs, executive vice president, chief operating officer and, finally, president of his alma mater before assuming the presidency at Alabama A&M in 2009.

As he looks back over the last 12 years, Hugine says he’s proud of all that the staff has accomplished since his arrival — full Southern Association of Colleges and Schools accreditation, investing over $54 million in deferred maintenance, new construction, the addition of 12 new academic programs and a $27.3 million capital campaign for starters. But he’s most proud of the impact he hopes will be felt by students, faculty and staff for years to come.

“I hope that the legacy will be that when they think of the beginning years, they will come away saying he left the university better than he found it,” he says. Over the years, Hugine has made investments in human capital, from professional development and salary increases for staff to cultural and social programs for students as well as a huge boost to the institution’s tech infrastructure that increased bandwidth ten-fold and helped the university install smart classrooms and employ robotics.

But he is quick to point out that a president is no more successful than the people the president is able to get to work with.

“That is really the key to success,” he says. “It’s the team that you are able to assemble. … And so you try to put together a team that’s going to implement the mission, vision, strategic plan of the university, a team that can work together, a team that feels that they can take risks — so you’ve got to empower that team. If you do all of those things and get out of the way, then they are going to do the job.” 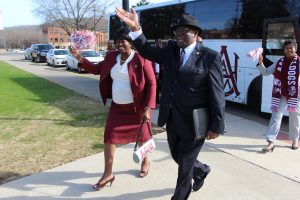 Dr. Andrew Hugine calls his wife Abbiegail one of the most important members of his team.

For Hugine, the most important member of his team has been his wife, Abbiegail, who has taken on numerous initiatives to not only promote student success and recruitment, but help promote the university’s brand with external stakeholders as well.

“I can’t say enough about my wife,” he says. “She has put her career and other things on hold to do those things that I wanted to do, and she was there to support me all the way, every time. From the time she packed up to move to Michigan for graduate school” all the way to truly embracing and redefining the role of first lady of a university, he says.

Hugine says he is looking forward to being able to spend more time traveling with his wife and with their grandchildren when he retires at the end of this year and says Dec. 31 is definitely his last act in higher education.

“There’s no more work in my future,” he says. “[Abbiegail] has said to me when we started talking about the idea of retirement: You can stay here as long as you want, … but when you leave, that’s it.”

It isn’t an unreasonable ask of a man who has given so much of himself to higher education.

“I tell people that the priorities I have in life are God, family, then work. Sometimes people get them confused,” he says.

But for Hugine, the time to leave is right. For one, he says, he has a tremendous amount of faith in the Alabama A&M Board of Trustees and cabinet to find a strong successor and carry on the work they all started together.

“We just celebrated our 50th class reunion from South Carolina State,” Hugine says of his wife and himself. “We’ve been out from college for 50 years, so it’s time. We’ve seen generations and generations, so now it’s time to pass the baton on to another generation and let them see what they can do and what kind of impact they can make going forward.”

This article originally appeared in the June 24, 2021 edition of Diverse. Read it here.

Petersburg Graduate AKA Chapter Will Have Historical Marker 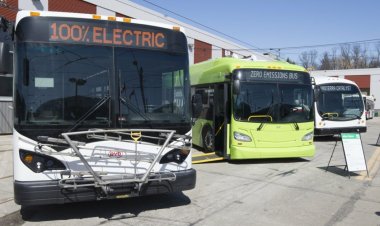 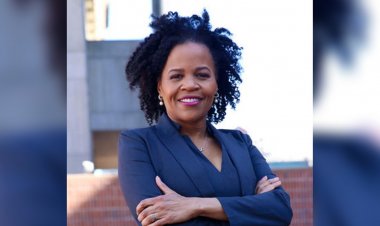 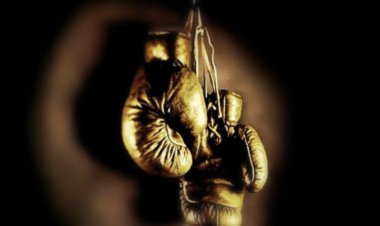 NNPA Newswire The Hip Hop Contest Judging Event will be held on the Morris Brown...