By Chinedu Asadu, Associated Press Emmanuel Benson was planning to get his diploma in horticulture and landscaping from Nigeria’s Federal College of Forestry Mechanization next year. Now, he’s not willing to risk the return to school, after he was kidnapped by bandits with dozens of others earlier this year. “Our lives are at risk — […] The post After Captivity, Nigerian Students Seek Overseas Education appeared first on Voice and Viewpoint. 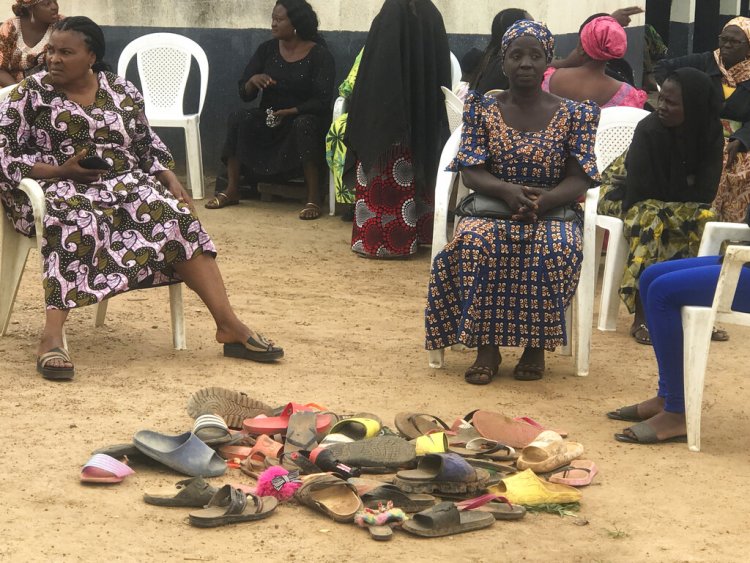 Emmanuel Benson was planning to get his diploma in horticulture and landscaping from Nigeria’s Federal College of Forestry Mechanization next year. Now, he’s not willing to risk the return to school, after he was kidnapped by bandits with dozens of others earlier this year.

“Our lives are at risk — Nigerian students, especially in Kaduna state where we are,” the 24-year-old said. As much as he wanted to complete his studies “the kidnapping and everything that is going on haven’t stopped yet … staying here anymore doesn’t benefit anybody.”

Benson is among a growing group of Nigerian students seeking alternative solutions to their education that won’t further endanger them, as bandits in Nigeria’s northern states grow more ambitious, staging increased kidnappings of students for ransom.

At least 25 Nigerian students who spent nearly two months in the custody of gunmen in the country’s troubled northwest region are now putting resources together in the hopes of leaving the West African nation to study in another country, like the U.S., according to teachers and parents at the Federal College of Forestry Mechanization in the state of Kaduna.

Some of the students, as well as parents and teachers at the Kaduna college, told The Associated Press that after spending about seven weeks in captivity before regaining freedom in May, life hasn’t remained the same. They fear pursuing an education in Nigeria, and they are now relying on the help of a school committee overseeing their application process for overseas education.

There are no clear plans yet on how that enrollment would work out, except that they are hoping for scholarship opportunities in the U.S. or elsewhere.

Nigeria is no longer an option for them because “the country is not safe,” according to Paul Yahaya, one of the 25 students.

Many families in Kaduna state say they now stay mostly indoors over fears of attacks. Ransoms are hefty, and in Nigeria, with a national poverty rate of 40%, parents are struggling.

“Even the parents don’t have money, because they have been struggling to pay their (abducted children’s) ransom and they paid (so) much amount to the negotiators (who helped to secure the release of the children),” said Abdullahi Usman, the chairman of the committee of parents and teachers who is overseeing the application process for interested students.

If the students left, that would mean starting tertiary education afresh and losing at least three years spent so far for some.

The 25 students hoping to leave are among 1,436 students who have been abducted in the last year in Africa’s most populous country, according to Peter Hawkins, the U.N. Children’s Agency Nigeria representative. The education of up to 1.3 million Nigerian children has been affected because of the school abductions, he said.

The Kaduna school and many other schools in at least four states remain closed because of insecurity. One of those schools is Bethel Baptist High School in Kaduna, where 10 students were freed Sunday, nearly three months after their abduction in July. A school official told AP that another ransom was paid to secure the release of the students, with 11 out of 121 that had been seized from the school still in the custody of their abductors.

Kauna Daniel of the Kaduna college wants to leave, despite not having the money to do so or a passport, but is still frightened.

“I don’t want to go anywhere again,” her voice rang out angrily over the phone. She said she hasn’t been able to sleep since she was released from captivity in May because of trauma and an eye problem.

“The trauma we are passing through is getting out of hand and it is even now that everything is getting worse,” the 19-year-old said, adding almost as if she is pleading that “it is better for me to stay at home.”

The United Nations estimates that the country of more than 200 million people already has 10 million children not attending school, one of the highest rates globally, with 1 million more afraid to return to classes as schools reopen in the coming weeks. The COVID-19 pandemic has exacerbated those numbers, according to Save The Children Nigeria, which said 46 million Nigerian students have been affected by school closures as a result of the pandemic.

With the school abductions by groups of gunmen who often camp in abandoned forest reserves across the northwest and central parts of the country, some parents are caught in a dilemma. Should they brave the odds and send their children to schools, which are often located in remote areas, or keep them home, away from the prying eyes of the gunmen?

The Kaduna school committee chairman Usman said parents of affected students in Kaduna are “eager” for their admission to schools abroad because their children “are still vulnerable … and can be kidnapped anytime.”

Friday Sani is one such parent. He said his two daughters spent weeks in captivity along with other students of the Kaduna college, and they now await responses from places outside of Nigeria, mentally unable to return to school in the West African nation.

Why Black Brothas shouldn’t call themselves the n-word (nigga)!

There Have Been Fires At Several Food Processing Plants...