Adams on $241K NYPD post for close friend: ‘You’ve got to get the best people for the job’

Mayor Eric Adams on Tuesday said he rented a room in a Brooklyn apartment from a longtime associate and friend — a retired 911 dispatcher who was appointed this year to one of the top-paying jobs in city government — out of safety concerns he had at the time about living in a nearby townhouse he owned. The post Adams on $241K NYPD post for close friend: ‘You’ve got to get the best people for the job’ appeared first on New York Amsterdam News. 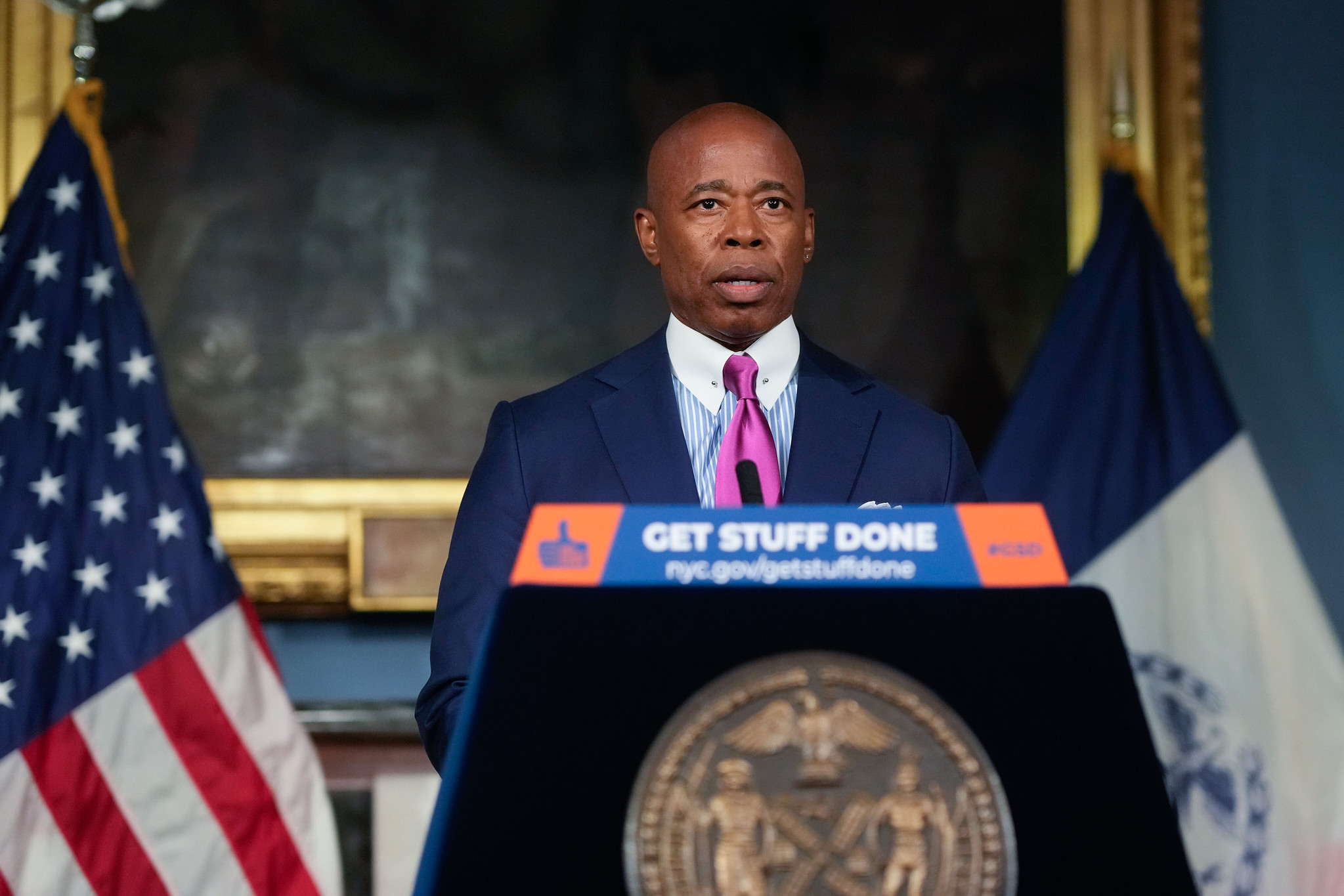 This article was originally published on Nov 22 1:05pm EST by THE CITY

Mayor Eric Adams on Tuesday said he rented a room in a Brooklyn apartment from a longtime associate and friend — a retired 911 dispatcher who was appointed this year to one of the top-paying jobs in city government — out of safety concerns he had at the time about living in a nearby townhouse he owned.

THE CITY reported Monday that the NYPD appointed Lisa White in May as deputy commissioner of employee relations, with a $241,000 salary — and that from 2013 to 2017, Adams shared her address in a three-bedroom apartment in Crown Heights.

She had previously worked for the NYPD as a 911 dispatcher for more than two decades, retiring in late 2019, payroll records show. Her base salary that year was just over $53,000.

Asked at a press conference why he rented a room in Crown Heights for four years while owning the townhouse nearby, Adams replied:

“I’ve always lived in Brooklyn, always voted in my locale where I registered for, and there were some public safety issues that caused me to be concerned about being on Lafayette,” Adams said.

“I’m not going to go into details of that.”

Adams, a former NYPD captain, changed his address to the 20th floor apartment on McKeever Place in Crown Heights in June 2013 on a voter registration form filed with the city Board of Elections, while he was still a state senator and months before winning election as Brooklyn borough president. He didn’t change it again until March 2017 — when he newly listed the Bedford-Stuyvesant four-unit townhouse that he’s owned for decades on Lafayette Avenue as his home address.

White made campaign donations from the same McKeever Place apartment during a period spanning 2008 to 2019, including in September 2013, city Campaign Finance Board records indicate.

Asked who else was living at the McKeever Place unit while he rented a room there, Adams said, “I’m not going through my roster of who lived in houses.”

White’s history with Adams goes back decades — including when he was the co-founder and she was a member of the police reform group 100 Blacks in Law Enforcement Who Care.

Media reports from the time list White as a spokesperson for the group, and as a 911 operator for the police department.

White also volunteered for eight years as the treasurer of Adams’ Borough Hall-affiliated nonprofit, One Brooklyn Fund. Adams used the group to offer services and events to Brooklyn residents while bolstering his own political standing.

Adams’ successful run for Brooklyn borough president also paid White $1,000 in November 2013 as a campaign consultant — sent to her at the McKeever Place address. She also served as a spokesperson for his successful mayoral run.

A City Hall spokesperson said Adams played no role in White’s appointment as deputy commissioner, where she oversees initiatives meant to boost the health, wellness and morale of NYPD personnel, including bereavement support.

White is among more than a dozen associates of Adams — including his brother and two close friends — who have been appointed to top-level positions within his administration.

On Tuesday, asked whether he or anyone in his circle had put in a good word for White ahead of her appointment, Adams referred reporters to the police department and its Department of Communications and Public Information.

“DCPI handles those questions. NYPD handles their personnel. But all of my agencies, we know, we put in, we say you’ve got to get the best people for the job,” he said. “We’ve done that. We’ve been successful.”

THE CITY is an independent, nonprofit news outlet dedicated to hard-hitting reporting that serves the people of New York.

The post Adams on $241K NYPD post for close friend: ‘You’ve got to get the best people for the job’ appeared first on New York Amsterdam News.

RMSC Wants Your Support at the 2022 Innovation Celebration...

This is Our War

Abortion ruling exposes deep chasm over the issue in the...