Jussie Smollett still proclaimed his innocence after he was handed a sentence of 150 days in jail. 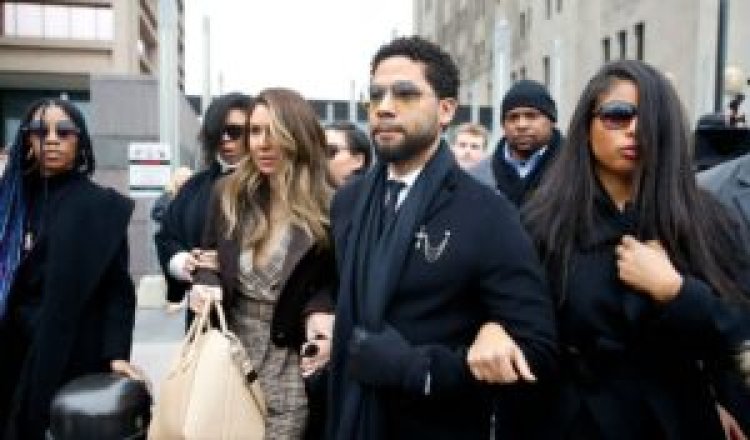 On Thursday, even as former Empire actor Jussie Smollett protested his innocence, he was sentenced to 150 days in jail, 30 months of felony probation, and ordered to pay restitution of more than $120,000 and a $25,000 fine for lying on police reports in a hate crime hoax in January 2019.

According to CNN, after his sentencing was read, Smollett pulled down his mask and addressed the judge by doubling down on proclaiming his innocence.

“Your honor, I respect you and I respect the jury, but I did not do this,” Smollett said. “And I am not suicidal. And if anything happens to me when I go in there, I did not do it to myself. And you must all know that.”

Judge James Linn admonished 39-year-old Smollett about his actions that cost the city of Chicago time, money and resources.

“You’ve destroyed your life as you knew it,” he said. “There is nothing any sentencing judge could do compared to the damage you’ve already done.”

As BLACK ENTERPRISE previously reported, the now disgraced former Empire star was found guilty of five counts of disorderly conduct for making false crime reports to Chicago police, saying he was a hate crime victim in 2019.

Smollett was found guilty on five of the six counts of disorderly conduct — one count for each separate time he was charged with lying to police after the attack, according to USA Today.
On the sixth count, Smollett was acquitted of lying to a detective in February, several weeks after he initially claimed he was attacked.
Read More

“Our community is being wiped out”

Rochester’s House of Mercy is Under New Leadership

Rochester’s House of Mercy is Under New Leadership

This is Our War