Reckless driving is one of the many problems along with items like homicides, and other crimes that are big issues in the city right now. The city is currently looking at items like innovative designs on corners to curb people who are trying to pass on the right side at intersections. On North 27th Street […] 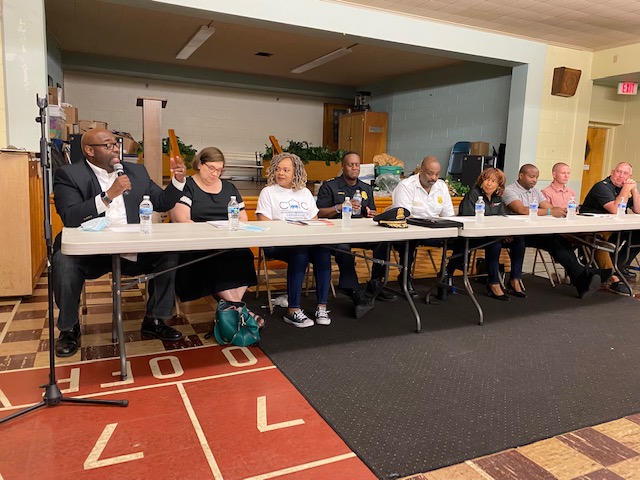 Reckless driving is one of the many problems along with items like homicides, and other crimes that are big issues in the city right now. The city is currently looking at items like innovative designs on corners to curb people who are trying to pass on the right side at intersections. On North 27th Street going northbound for the first several blocks from Wisconsin Avenue you cannot pass on the corners from Wells up to Highland Avenue. In addition, the MPD traffic enforcement unit is issuing numerous citations to try and curb speeding in certain areas. They have a website that you can report traffic issues in your neighborhood for them to manage.

On Saturday, June 25, at 2:00pm, a reckless driving conversation, was held at the Ascension Church, at 55thand Capital Drive. The Sherman Park Neighborhood Association was the main group that was holding the meeting with neighbors invited to listen and ask questions. The panel at the meeting had a group which included Mayor Johnson, Chief Norman, Judge Mosley, Assistant Fire Chief Smoot, and Eve Hall, from the Milwaukee Urban League, among others. Mabel Lamb, executive director of Sherman Park Neighborhood association, chaired the meeting along with her group. People were asked to write their questions and comments on cards so their comments could be asked. Each member was asked to give a two-minute introduction and what they had to do with reckless driving.

The mayor stated he stands for safer streets. He looks for accountability and demands progress with his new projects. Chief Norman states collaborating with citizens is key, his traffic safety unit is 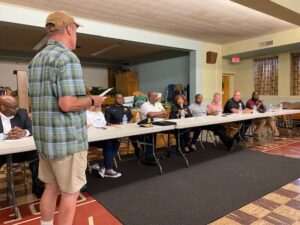 important, collaborating with community partners and we are getting better but can always do more. Judge Mosley states he was hit while riding his bicycle and that has him really involved with driving issues. We need more driving education. A/C Smoot talked what they see at the bad accident scenes from some of the reckless driving accidents and chases. Dr Eve Hall states the Urban League offers driving education and they are working with schools to mentor the kids. She continued recreational activities and jobs will help these kids. The department of public works (DPW) states they are looking at different street designs. In additions looking at making bike lanes safer and cutting off the third lane in places like Capitol Drive to keep people from passing on the right side.

The mayor stated older people drive bad at times also not just the youth. Everyone in this room he states, “have a role to play in this community.” Judge Mosley states many people do not know the rules of the road and stop on the cross walk at corners.

It appears we are looking at this problem from many angles. We have many practical solutions that are being worked on and hopefully more meetings in the future will help.