Yes, even Mexico gets cold. That’s often traceable to a weather event called a “Norte” (north), a series of anticyclonic cold surges that come from the Gulf of Mexico and disrupt maritime activities and lower the overall temperature. In coastal regions, such as the state of Veracruz, it is common to hear the local terminology […] 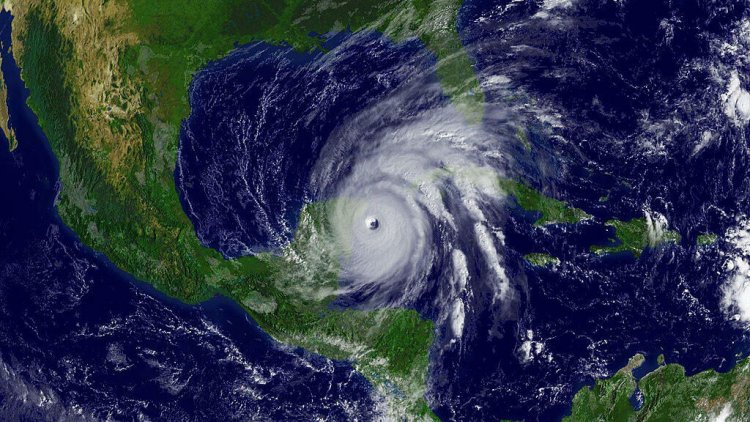 How are Nortes created?

Nortes are steams of cold air that produce gusts of over 60 kilometers per hour (roughly 38 mph). These northern winds are prevalent during the cold-front season, affecting Mexican states on the Gulf of Mexico (Tamaulipas, Veracruz, Tabasco, Campeche, and Yucatán).

On the Pacific coast, they have similar phenomena, called “Tehuantepecer,” which affects the state of Oaxaca, mainly in the Isthmus of Tehuantepec region. These winds, however, are not an anticyclonic cold surge but result of the Venturi effect.

That phenomenon refers to increased fluid speed due to the flow section’s decrease in confined flows. In other words, the main difference between the Nortes and the Tehuantepecanos is the existence of Oaxacan mountains, since they block the free flow of the winds.

A Norte has a life cycle ranging from a few hours to a few days. Although the vast majority propel cold winds, a Norte can also be hot, humid, or dry, depending on where it started. However, if its atmosphere is more potent than average, a Norte can quickly transform into a hurricane, with winds over 100 km/h (about 62 mph).

“The word ‘Norte’ is used a lot in the state of Veracruz to refer to the strong winds generated due to various factors of the climate. The most important of these variations are the precipitations formed in the atmosphere, which cause the moderate or intense air gusts,” said Isidro Cano Luna, a meteorologist who often gives presentations on weather.

“Nortes” sustain winds above 100 km/h. “Nortes” sostienen vientos por encima de los 100 km/h. (Carlos Ramirez/Café WordsIt is necessary to define what “atmospheric pressure” and “wind” are to comprehend what a Norte is. These are fundamental concepts regarding the study and analysis of the atmosphere, responsible for transporting temperature, humidity, speed, etcetera. Whatever variable they face translates into repercussions in the constant change of weather. Atmospheric pressure is the weight that air exerts on a surface and varies depending on latitude and altitude.

The instrument that helps track changes atmospheric pressure is the barometer. It gauges the pressure through the millibar (Mb) and the hectopascal (Hpa) units. Variations in temperature cause variations in air pressure, which in turn cause “pressure gradient force.” It causes air to flow from high pressure downwards, causing winds to generate, which translates into air movements.

“In Veracruz, they use ‘Norte’ to refer to every instance of cold, air and strong winds. It is laughable because many times it is not like that, but people do not know the characteristics of the different weather events,” said Cano Luna.

The pressure gradient determines the intensity of the winds. They allow the identification of where the isobars (pressure lines) increase or change. If the isobars are far from one another, the pressure gradient rates lower, and the wind speed decreases. The isobars’ identification can show the intensity with which air flows increase in any part of the world.

Moderate winds range below 20 km/h (12 mph), while those called intense are those above 117 km/h (73 mph). In the Caribbean, during summer, there is a phenomenon called “Caribbean Low-Level Jet” (CLLJ.) CLLJ is the prime example of how wind can be so intense that it modifies the whole region’s humidity throughout the season.

(Translated and edited by Mario Vazquez. Edited by Matthew B. Hall)

Lady Gaga: White People ‘Have a Responsibility to Unlearn’ Racism and White Privilege

Black Americans Are Getting Vaccinated At Lower Rates Than White Americans, Study...

Tap Into True Vinyl Bliss With This Bluetooth Turntable

USA: The Threat of an Authoritarian State