Featured photo: Chia Morgan, program coordinator for Well of Hope, serves dinner alongside a volunteer at Blessed to be a Blessing event Written By Jameca Patrick-Singleton Fourteen years ago, Flint resident Chia Morgan had a dream. “In September 2009 I dreamed that I was having a dinner, feeding people,” Morgan... 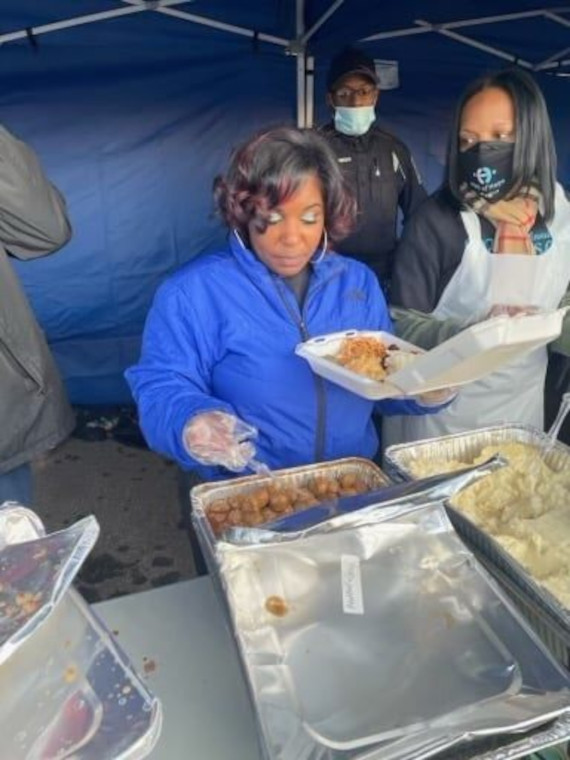 Featured photo: Chia Morgan, program coordinator for Well of Hope, serves dinner alongside a volunteer at Blessed to be a Blessing event

Fourteen years ago, Flint resident Chia Morgan had a dream.

“In September 2009 I dreamed that I was having a dinner, feeding people,” Morgan said. “I woke up the next morning and went to my friend Brandi’s job and told her about the dream and she said ‘let’s make it happen’

Just like that, Blessed to be a Blessing was born.

Over the next two months, with the help of social media and a grassroots campaign, Morgan and her friend raised enough money to feed approximately 150 people. This number has grown to feed up to 600 people annually. Last year, when they held the event outside for COVID precautions, they still managed to feed 300 people.

According to Morgan, those first few years they held the event at the UAW hall because as a retiree, her dad was able to get them a reasonable price on the location. That changed when she invited Jon Mance to be a speaker one year. Mance told her that she shouldn’t be paying to serve the community.

“After that we partnered with Catholic Charities and started hosting the event at Center for Hope,” explained Morgan.

This wasn’t the only partnership that was developed. Blessed to be a Blessing now has multiple corporate sponsors, including Community Foundation of Greater Flint, UAW, Mott Community College, HAP, Genesee Health Systems and more. Additionally, they still receive donations from the community and have dozens of volunteers

“I am mind blown at the support that we have.” 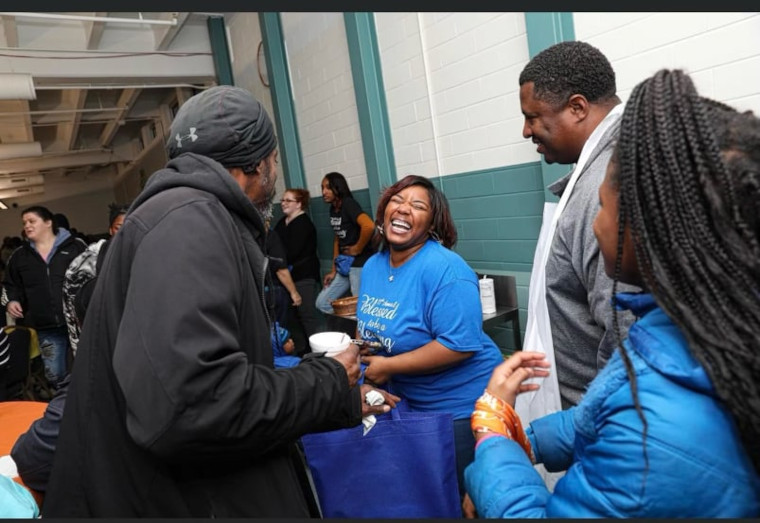 “Blessed to be a Blessing is our staple event and every year we try to give the community something else outside of a dinner. One year we donated a washer and dryer to Durant Turi Mott. We’ve given out food baskets. We’ve given out grocery cards. We’ve paid off credit cards, and last year we paid mental health co-payments. This year we are launching a free grief support group because of the violence in the city of Flint and because of COVID-19 as a component to Blessed to be a Blessing. We want people to let others know about that.”

Morgan has a little saying that she often tells people whom she crosses paths with.

“People often open their wallets on November 1st and shut them real tight December 31st. Male sure the holidays aren’t the only time that you give and think of others. If you can’t give to Blessed to be a Blessing, or if you can’t support the food pantries that we have throughout the city. bless people in other ways. If you see a mom in the grocery store, and they’re telling their kids that they can’t afford something, if you have it, slide her fifty dollars or whatever you can, even if it’s after December 31.

Blessed to be a Blessing will be held from 4-6 p.m. on Tuesday, November 22, at the Center for Hope, located at 812 Root Street Flint, MI. The dinner is being held in the building that formerly housed the School of Choice.

Think you know how to spot a scam?

Business Expert Jacqueline M. Baker Shows Others How to...