When it feels like we’re trapped in an endless loop of police killings and the fights to dismantle the system that perpetuates it, we often can’t help but ask, “Where do we go from here?”

That very conversation will be the topic of OWN Spotlight: Where Do We Go From Here?, a two-night special hosted by Oprah Winfrey.

Here’s the pertinent info about the special via a press release sent to The Root:

The special features Oprah Winfrey as she speaks directly with a range of Black thought leaders, activists and artists about systematic racism and the current state of America. Discovery, Inc. is the #1 pay TV portfolio in the U.S., reaching 1 in 3 US TV households on an average night, and for the first time in its history, will simulcast a program across all of its 19 U.S. brands, including top networks OWN, Discovery, HGTV, ID, Food Network and TLC.

“I’ve been having private conversations with friends and thought leaders about what’s next and where we go from here,” Oprah said in a statement. “I thought it would be both of interest and service to bring their ideas, concerns and comments into a national spotlight.”

“As a network dedicated to supporting and uplifting black lives, OWN is committed to providing our community with important dialogue and helpful resources in this challenging time as we mourn the murder of George Floyd and ask ourselves how can we come together to create meaningful change,” Tina Perry, President, OWN said in a statement. “I am proud that our Discovery family has joined us to amplify this message in solidarity.”

Since we’re on the topic of systemic racism and DuVernay and Oyelowo’s involvement in the special, I’d be remiss in my role on the entertainment beat if I didn’t mention an incident that occurred this week on Twitter. On Thursday, Oyelowo recounted a previous encounter at the premiere of Selma where the cast and crew donned shirts that read, “I Can’t Breathe” since the event coincided with the NYPD killing of Eric Garner. As we know, that has once again become an all-too-familiar phrase, as we’re now thrust in a revolution to fight for the honor of George Floyd, murdered under similar circumstances. .

According to Oyelowo, the fact that the Selma crew were wearing the shirts caused a bit of a stir with Academy members, who called the film’s studio and its producers accusing them of “stirring shit” and threatened not to vote for the film in retaliation.

This threat materialized in reality as Selma may have gotten a nomination for Best Picture that year, but that very fact only further highlighted the other snubs in categories such as Best Director (for DuVernay), Best Actor (for Oyelowo) or any of the other top categories. It’s quite the head-scratcher that a film can get nominated in the leading category in the entire ceremony, but receive no other recognition in acting or technical categories. How does that work?! It clearly reeked of a consolation prize—which they didn’t even end up winning.

“Ava & David, we hear you. Unacceptable. We’re committed to progress,” The Academy tweeted from their official account in response.

“Where do we go from here,” indeed. 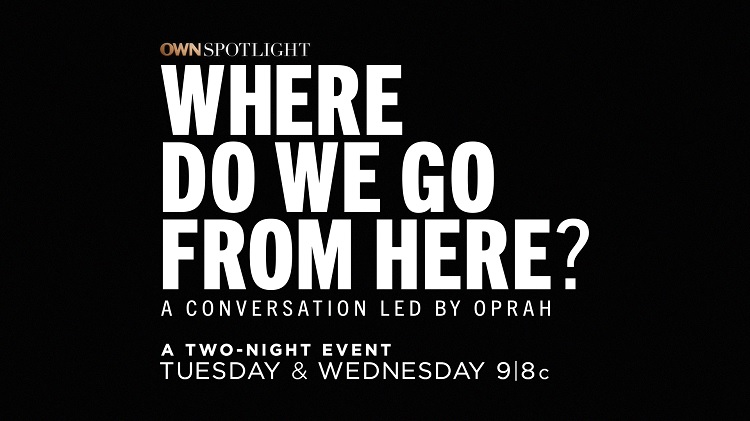 OWN Spotlight: Where Do We Go From Here? will air on OWN (as well as its YouTube, Facebook and Instagram platforms) and across Discovery’s 18 other U.S. Networks on June 9 and 10 at 9 p.m. ET/PT.

The post Where do we go from here?: Oprah to host conversation on systemic racism appeared first on DefenderNetwork.com.