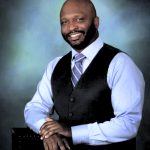 On July 31st, Vallejo Police officers found a racially-charged obscenity, along with other offensive language, spray-painted on the building occupied by Vallejo City Councilmember Hakeem Brown. The derogatory language directed at Brown’s race read “BLM Hakeem Brown is a (slur).”

“This is a despicable act of hate that will never be tolerated in the City of Vallejo,” Chief of Police Shawny Williams said. “We will conduct a thorough investigation and seek to identify the perpetrator(s) of this disgusting hate crime against Councilmember Brown.”

Vallejo Mayor Bob Sampayan said the graffiti marked on Brown’s business is not in keeping with the community values. “I’m so angry, I’m so angry over this,” said Sampayan. “This is dividing the community even more. This is not us. This is not Vallejo. I’m appalled, I’m absolutely appalled.”

Brown said that he believes the incident was an attempt to “distract and divide.”

Sadly, this is the reality of what is happening to Black people in America, Brown said, and the vandalism is “not the first time something like this has happened. “

Historically, Blacks have had to endure hate speech and slurs. “I support the Black Lives Matter movement and I stand with them. I don’t believe that someone who shares those values would do something like this.

“As my pastor, Dante Quick of Friendship Missionary Baptist Church stated, we have to address hate speech no matter where it comes from, and to understand that we live in a world politically, where we will be confronted and have to deal with other peoples’ like and dislikes,” Brown said.

He has already decided that he will not allow the hate crime to “distract .. from serving the community,” he said. “I will let law enforcement handle the incident and I will continue to focus on making a difference in our community; addressing the housing gap, the employment gap and other issues that are more important to me.”

Surveillance video has shown that the crime was committed in the early morning hours.

Vallejo’s Detective Division is actively investigating the vandalism as a hate crime.  When and if further leads are developed, the FBI will be notified.  Anyone with information is encouraged to call the Detective Division or Crime Tip Line at 1-800-488-9283.