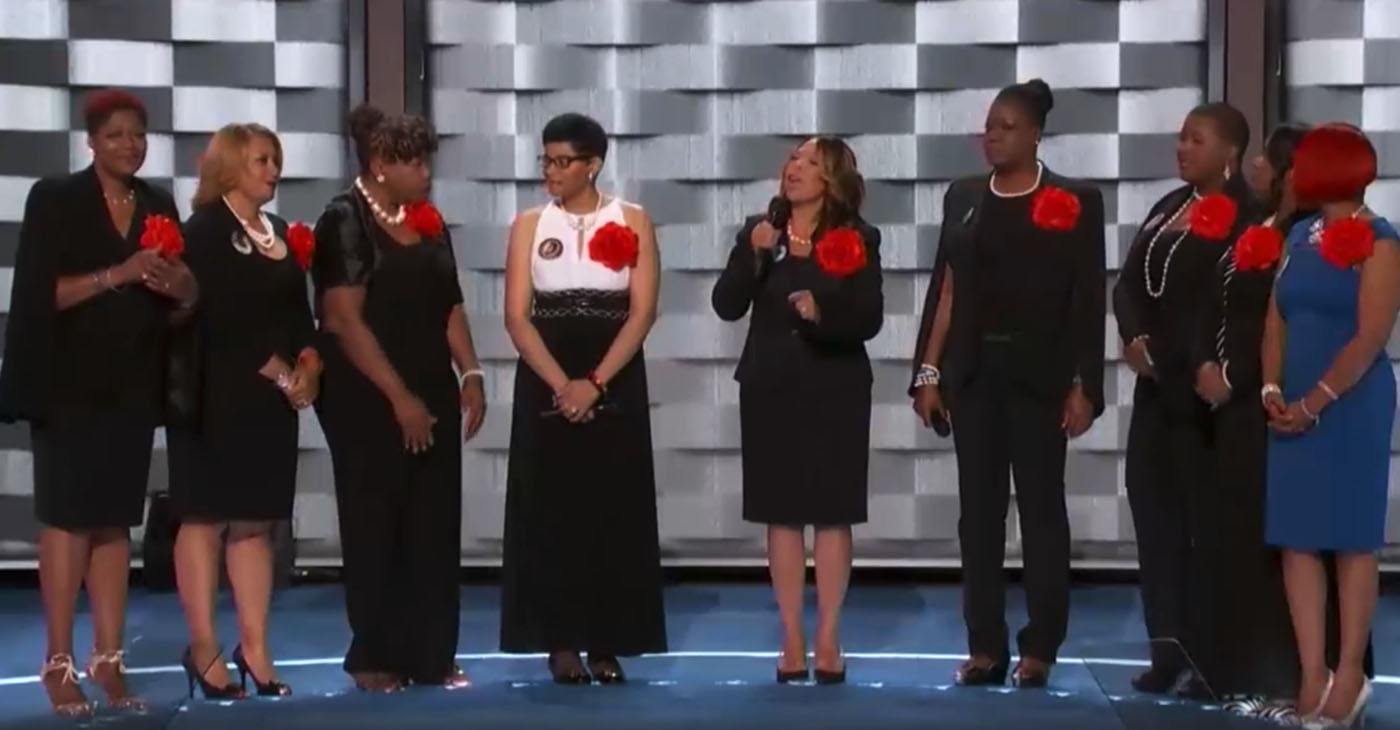 Today, 76 percent of Americans recognize that racism is “a big problem” in this country, representing a 26 percent increase from just five years ago. Mothers of the Movement (pictured, from the 2016 Democratic National Convention) is a group of African American women whose children have been killed by police officers or by gun violence.

June 25 marks the 7th anniversary of the Shelby County v. Holder case, in which the U.S. Supreme Court gutted the Voting Rights Act of 1965 and upended decades of progress.

Over the past seven years, states and localities have reverted to discriminatory practices that restrict the voting rights of Black, Brown, Native, and Asian American people and have put up unnecessary roadblocks to the ballot.

On this anniversary, Tina Knowles-Lawson, Mothers of the Movement, and Black women celebrities urge the Senate to pass H.R. 6800, The HEROES Act, that includes $3.6 billion in funding for state administration of federal elections.

They write, “Fall-out from the most recent primaries makes it abundantly clear that we must act now to ensure every citizen can freely and fairly vote in the upcoming general election, and chaos at polling places in recent primaries has demonstrated that elections officials are unprepared to hold safe and accessible elections this year.”

They go on to say, “This is modern-day voter suppression plain and simple. Voters in all these states risked their health, and that of their communities, simply to make their voices heard. People should be able to exercise their constitutional right to vote and stay healthy, even during a pandemic. We should not have to choose between public health and a functioning democracy.”

Also today, The Leadership Conference on Civil and Human Rights and All Voting is Local, with its joint And Still I Vote℠ campaign launched a petition to urge the public to voice their support for the HEROES Act.