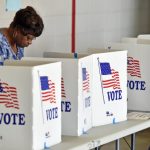 In the March 3 Democratic and Republican primaries, there are also candidates for president in the general election. Polls are open from 7 a.m. to 7 p.m.

Many of the local elections are uncontested; here is a listing of candidates in several key races in the Democratic primary. 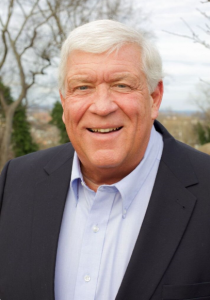 Miles has been a part of the city of Birmingham, Jefferson County and Alabama landscape his entire adult life from starting out as fundraiser while a student at Birmingham Southern for his father in developing Greater Birmingham Ministries, to working in the city government as Director of Inter-Governmental Relations for former Birmingham Mayor Richard Arrington, to working as the Deputy Secretary of State and then Jefferson County Treasurer when he was elected in 2016. Miles is Chairman of the Board of the Alabama Center for Law and Civic Education, Chair for the Jefferson County Schools Task Force, Financial Director and Chair for numerous organizations, nonprofits and his church denomination. He is actively involved in the Democratic Party, elected to the County Democratic Executive Committee and is President of the Birmingham Downtown Democratic Club.

Parker is a lifelong Birmingham resident. She attended John Carroll Catholic High School where she graduated in 1992 and the University of South Alabama, finishing in 1998. She also attended Southern University Law Center, class of 2002. Parker has worked in the Jefferson County Circuit Clerk’s office, South Trust Bank, pharmaceutical litigation, executive producer of radio and 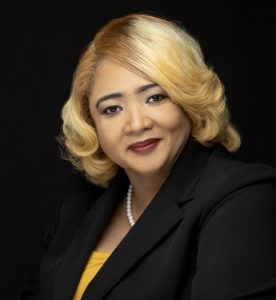 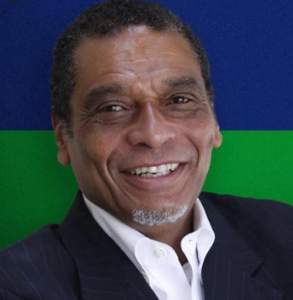 John “J.T.” Smallwood is a graduate of the University of Alabama 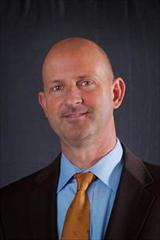 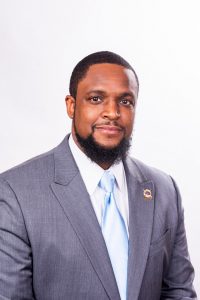 Alexander is a lifelong resident of Bessemer, graduated from Holy Family High School in 1995 and earned bachelor’s degrees in accounting and economics and a master’s degree in Public Administration from Grambling State University. Before returning to the Bessemer area, he worked for two years in Washington D.C., with the Department of Transportation as an accountant. The last 12 years Alexander has been the senior revenue examiner for the City of Bessemer. He is very active in the community and is a member of The New Jerusalem Baptist Church in Bessemer, where he enjoys singing in the choir. He is an active life member of Omega Psi Phi Fraternity, Incorporated, the Alpha Phi Chapter in Birmingham, Alpha Phi Omega Service Fraternity, life member of Grambling State University Alumni Association and Golden Light Lodge #199 in Zwolle, Louisiana. He is married to Donyetta Davis Alexander, of Grambling, Louisiana. 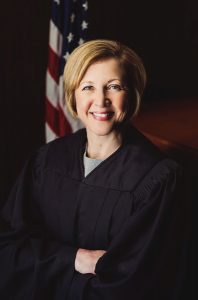 attend Samford University’s Cumberland School of Law. She has been serving Jefferson County on the District Court Bench since March of 2019. Cook brings to the bench 22 years of experience as a trial attorney and mediator. Before becoming a judge, she ran her own law practice where she litigated and mediated civil matters including consumer rights actions, real estate disputes and personal injury cases. She has also served as guardian ad litem for minor children needing legal representation. She is also a past partner at the law firm of McCallum Hoaglund Cook and Irby, LLP. Cook has chaired the Birmingham Bar Association’s Diversity and Inclusivity Committee and the Alabama State Bar’s Dispute Resolution Section. She also trained peer mediators at local high schools including Huffman, Bessemer City and Tarrant. She has volunteered with school supply drives, food banks and free legal clinics for first responders and senior citizens. Cook is a mother of two teenage sons. 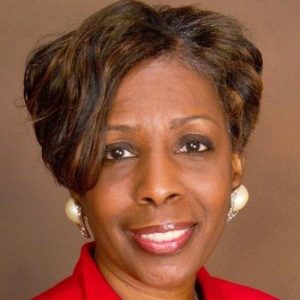 Robinson grew up in Docena, a small rural Jefferson County community, where she had a twin brother, twin sisters and four other siblings. After graduating from Minor High School, Robinson furthered her education and completed studies at Lawson State Community College. Thereafter, she began working as a clerk with the City of Birmingham Mayor’s Office. After receiving two promotions she continued to work full time while a wife and mother of two. Later, as a single mom, she furthered her education by attending Birmingham-Southern College at night, where she obtained her bachelor of science degree in management. While working and raising her children, she also pursued her Juris Doctor degree from Birmingham School of Law. Later, she opened her practice the Robinson Law Firm where she has been managing attorney for 19 years. Robinson is president of the Five Points West Community and also served more than 15 years as president of the Fairview Neighborhood, where she has lived for 40 years. She is a member of St. Matthew Baptist Church in Docena.

Davis is an attorney, based in Birmingham where she founded The Davis Law Group, LLC. The law firm’s primary areas of 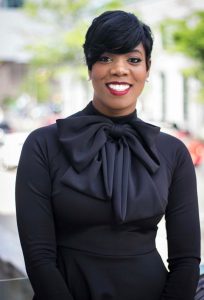 practice are wrongful death and injuries occurring from car accidents and catastrophic events. The Davis Law Group represents accident victims across Alabama, Georgia and Florida. With extensive experience in the insurance industry, Davis uses a distinct set of skills in handling injury cases. A Birmingham native, Ruby is a product of Birmingham City Schools. She is a graduate of Lawson State Community College and Faulkner University. She earned her Juris Doctor degree from Birmingham School of Law. Davis is a member of Delta Sigma Theta Sorority, Incorporated. A strong advocate in the community, Davis devotes much of her time to charitable and philanthropic causes and events. She is a dynamic speaker; often invited to share her endearing personal story of faith and tenacity. She serves on the Board for Birmingham Jefferson County Transit Authority, former Board Chair. In her leisure, she enjoys traveling and spending time with family and friends. Her pride is her daughter, Diamond, a graduate of Tuskegee University. 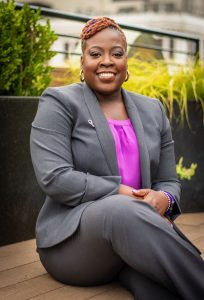 Shaw is currently the Supervising Attorney in the Elder Law Clinic at the University of Alabama School of Law. In the Elder Law Clinic, she and her students represent individuals over the age of 60 in civil legal matters in West Alabama. Shaw is a former Legal Services Alabama attorney where she represented clients in the Black Belt, Birmingham, and surrounding counties. She has represented clients across the state from the Birmingham metro area to some of the poorest, most rural counties in both the state and nation. Her primary practice is in civil litigation that includes public benefits, domestic relations, consumer law, and housing law.

Sperling, a native of Birmingham, received her associate degree in computer and information science from Enterprise State 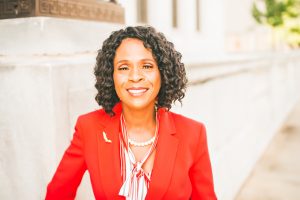 College and she also has an associate degree in nursing from Troy University. She has a bachelor’s degree in computer science from the University of Alabama at Birmingham (UAB) and a bachelor of science in criminal justice from Faulkner University. She received her Juris Doctor degree from the Birmingham School of Law in 2006. She is a member of the Alabama State Bar Association and is admitted to practice law in the U.S. Federal District Court, Northern District of Alabama and the U.S. Court of Appeals, eleventh circuit. She is a certified guardian ad litem for the Alabama Administrative Office of Courts and is a certified appellant mediator in the Alabama Supreme Court. She has served as Jefferson County Special Circuit and District Judge since 2015. 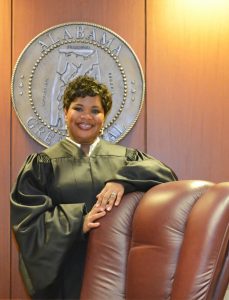 Davis serves as a Special Judge with the City of Birmingham Municipal Court. She presides over a variety of hearings including criminal misdemeanors, violations of city ordinances, and traffic offenses. Davis also serves as a staff attorney with Legal Aid Society of Alabama, offering representation to defendants with criminal drug offenses. Prior to taking the bench, Davis served as a deputy district attorney with the Jefferson County District Attorney’s Office for 13 years. As a Senior Trial Attorney, Davis prosecuted misdemeanor and felony criminal offenses in Family Court, District Court, and Circuit Court. Davis has tried numerous criminal cases before juries including, but not limited to, capital murders, murders, rapes, assaults, robberies, burglaries, thefts, and drug offenses. Davis is a native of Jefferson County. She is a 2000 graduate of the University of Alabama, with a bachelor of science degree in criminal justice. After completing her undergraduate studies, Judge Davis attended the University of Alabama School of Law and received her Juris Doctor in 2003. Davis is married to Maurice Davis.

Lee is a lifelong member of the Democratic Party, serving primarily the citizens of Jefferson County. His background 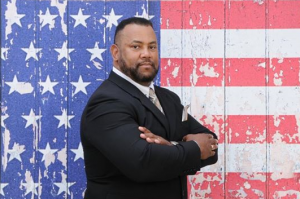 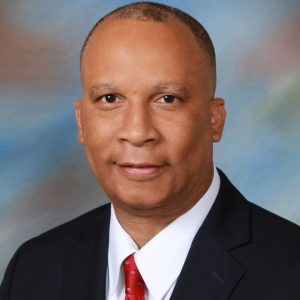 Wess is a graduate of Selma University Junior College, Alabama Agricultural and Mechanical University where he received his bachelors and master’s degrees and the Birmingham School of Law where he received his Juris Doctor degree. He has worked as an adjunct professor at Faulkner University teaching computer and business courses. While working during the day, he attended the Birmingham School of Law at night. After passing the Alabama State Bar, he opened Wess Law Firm, P.C., where he has been practicing law for 20 years and began working defending the indigent. He is currently the Municipal Court Judge for the City of Midfield and public defender for the City of Irondale. He has worked in federal, state and municipal courts and has been appointed as a Special Circuit and District Court Judge in Jefferson County. He is a member of the Jefferson County Democratic Executive committee and is in his second four-year term. He serves as president of Alabama New South Coalition Jefferson County Chapter and 1st vice president of the state chapter. He is on the board of directors for Child Haven, Inc. and Legacy Works, Inc. He is vice president for the Greater Birmingham Alabama A&M Alumni Association and has served in several other leadership positions in the community and legal field.