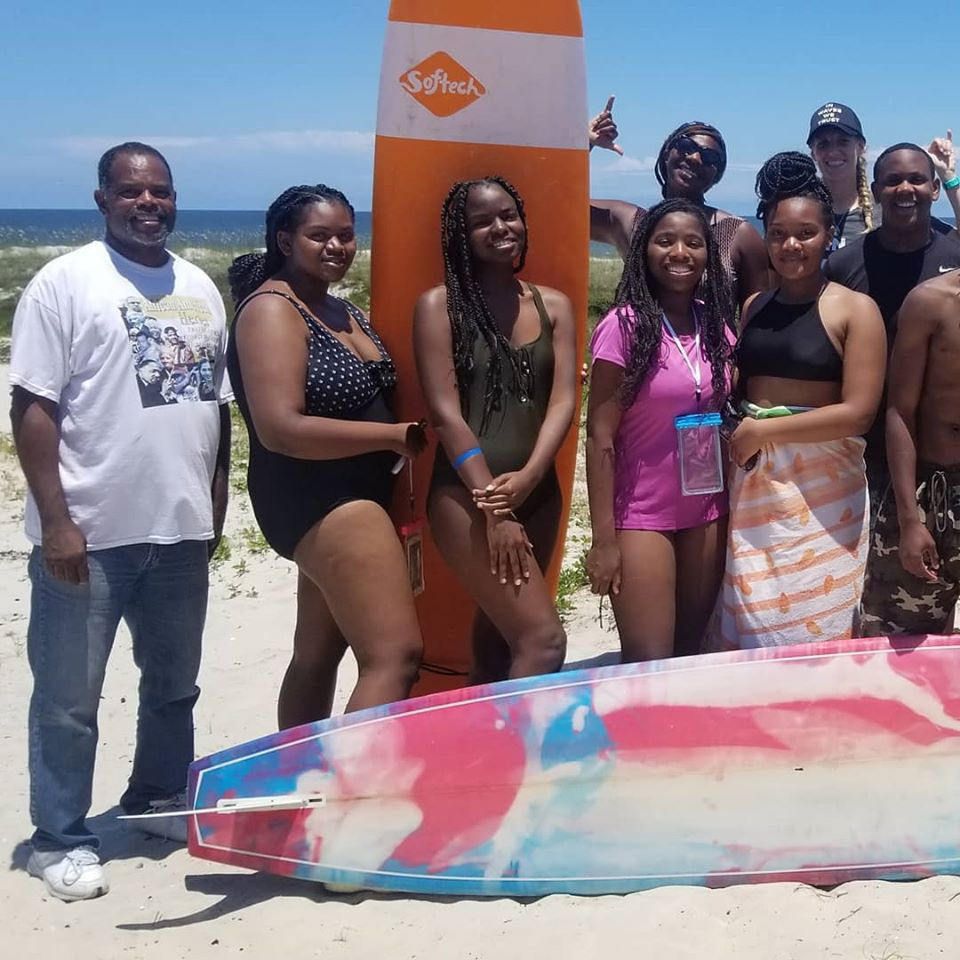 Being actively engaged and involved in her community at an early age, Ms. Burton has accomplished much in her 17 years of life and has more planned to do. She is an accomplished speaker, member of Jacksonville
Sister Cities Nelson Mandela Ambassadors, national and international traveler, involved in local political movements in Jacksonville.

She established the community action group SPEAR, that provides a platform for engagement, discussion and planned local activities for  youth, teens and young adults.

Ms. Burton and other teens regularly communicate about building a stronger community and structure inclusivity in the political powerbase of Jacksonville. Peaceful engagement and conversation with local law
enforcement, encouraging teens and young adults to vote, attending city council meetings, school board meetings and share their ideas for improvement for people of color that are many times ignored.

Inviting Gigi Lucas of SurfearNEGRA and William Jackson of My Quest to Teach to the Juneteenth events.

Jacksonville’s future growth is influenced by Black and other communities of color because their tax dollars and power of voting does count in the structuring and movement of the city. Blacks are tired of being marginalized, their voices ignored in the political direction of the city, their communities gentrified and the brutality of law enforcement on unarmed youth, teens, and young adults and boys and girls that live in Jacksonville.

Ms. Burton used Juneteenth as a catalyst to meet and develop strategies to share their voices in protest for change in how Blacks are engaged with law enforcement and even finances distributed across the city to be
more inclusive and equitable of Black and other communities of color.

Ms. Burton and other teens and young adults love their neighborhoods, their schools and their city, but feel marginalized (left out of the political process), victimized by law enforcement, fearful of being targeted, distrustful of the political leadership in place that will not listen to their concerns.

Inspired by Juneteenth Celebration of Freedom, youth involved in the community event held at American Beach which has significant status for Blacks is iconic in its representation of Black freedom and expression.
Participating in activities of exercise for the mind, body, spirit, and peaceful gathering of planning and protest. To continue to build themselves a people of color and the love of their culture.

During Juneteenth Celebration of Freedom the youth and teens participated in a surfing workshop by Gigi Lucas of  SurfearNEGRA. A social media workshop by William Jackson of My Quest to Teach at the Juneteenth events., fellowship with food and collaboration on future plans for addressing police brutality, improved political engagement, and increase civic engagement.

It is the youth, teens and young adults that will make the changes in our social foundations to be inclusive, accepting of diversity and creating an atmosphere of respect and love, where fear no longer is a reality for
fear of being shot by the police or brutalized with knees, feet, choke holds or shot. The future of Jacksonville rests with involvement of the youth, teens, and young adults who will take a stand for improvement and progress across the city of Jacksonville and other cities across the nation.