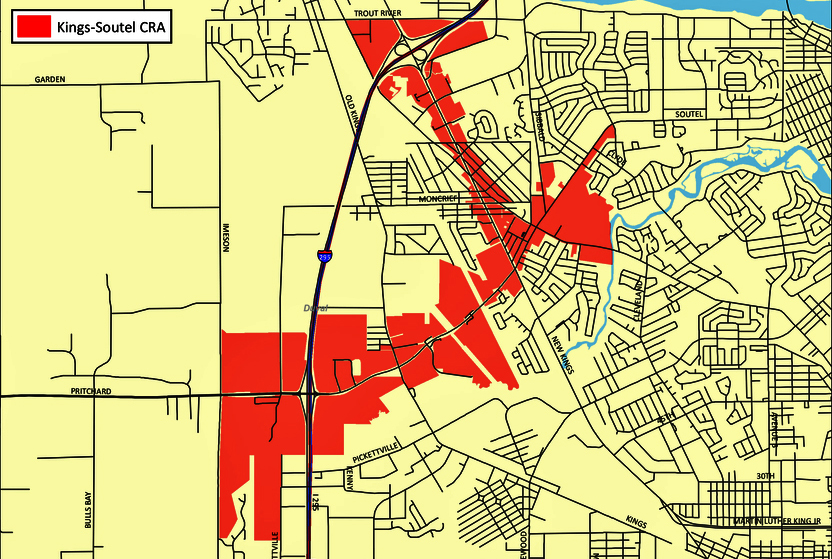 In an article published on Wachdog.org on the 2nd of February 2018 entitled, “Florida community redevelopment agency bills aim to restrict, end TIFs” writer John Haughey wrote about taxincrement financing which is a unique tool available to cities and counties for redevelopment activities. It is supposed to be used to leverage public funds to promote private sector activity in the targeted area.

The Community Redevelopment Area or District (CRA) should direct tax incremental funds (TIF) directly into financing improvements in our “blighted” areas on the Northside of Jacksonville. There should be work done by the board and local elected leaders to issue bonds and provide for low-income housing incentives for revitalizing private investment in depressed areas. We have not benefitted from our CRA’s money from the revenues that were generated by property values within our CRA boundaries. However, ask those who draw their salaries from this money, “Do they live in the CRA that needs it the most?” For instance, Kirk Wendland who is the Executive Director of the Office of Economic Development and others are paid from these funds. However, there are local businesses that need capital from the monies created from the CRA that have yet to receive any of those funds. Mr. Wendland can afford to say “No” to proposals that addresses the issues of the Northside as he goes to the bank every two weeks with his paycheck. He then takes that money and increases the economics in the part of Jacksonville where he lives. And, year after year that office fails us.

The strategic racism we see and the low-level government leadership when it comes to the Northside has been remarkable. Promises were made during the 1968 Jax consolidation that have not been honored to this day. Physical infrastructure is one aspect but not all of it. Building business infrastructure and a viable long-term network and local business support for the businesses that are already there is also key. It is what will drive up the economic base in the area thus creating more revenue for the CRA. Businesses that are already in the boundaries should be front and center to benefit – not the increase of salaries that draw from the CRA funds slated for this district. Most of those businesses only need $50,000 – $100,000 to retool and take their businesses to the next level. But their cries fall on deaf ears as the City Council meets and votes without listening to the businesses and experts from that area. The Winter Film Capital Opportunity Fund has a proposal on the table that addresses this but somehow the government leadership can’t find the brain power or the will to make it work the way they do for proposals that are submitted for other parts of town. Its what has been happening since 1968. The Mayor has promised funds just as his predecessors have but there are always tricks. There lies the same ole failed leaders with their selfish hands stuck out and the community-at-large are always on the losing end of it all.

We have not received the extracted millions of dollars from the municipal budgets for projects that were supposed to benefit the public. Our CRA has not been run effectively and has not been directly responsive to the residents and businesses within our CRA. There is an article which states that CRAs have come under fire since February 2016. A Miami-Dade grand jury report identified several South Florida CRAs as “slush funds” for “pet projects” controlled by county and city officials with little scrutiny or public input.” We are BEGINNING to feel the same way in NORTH FLORIDA.